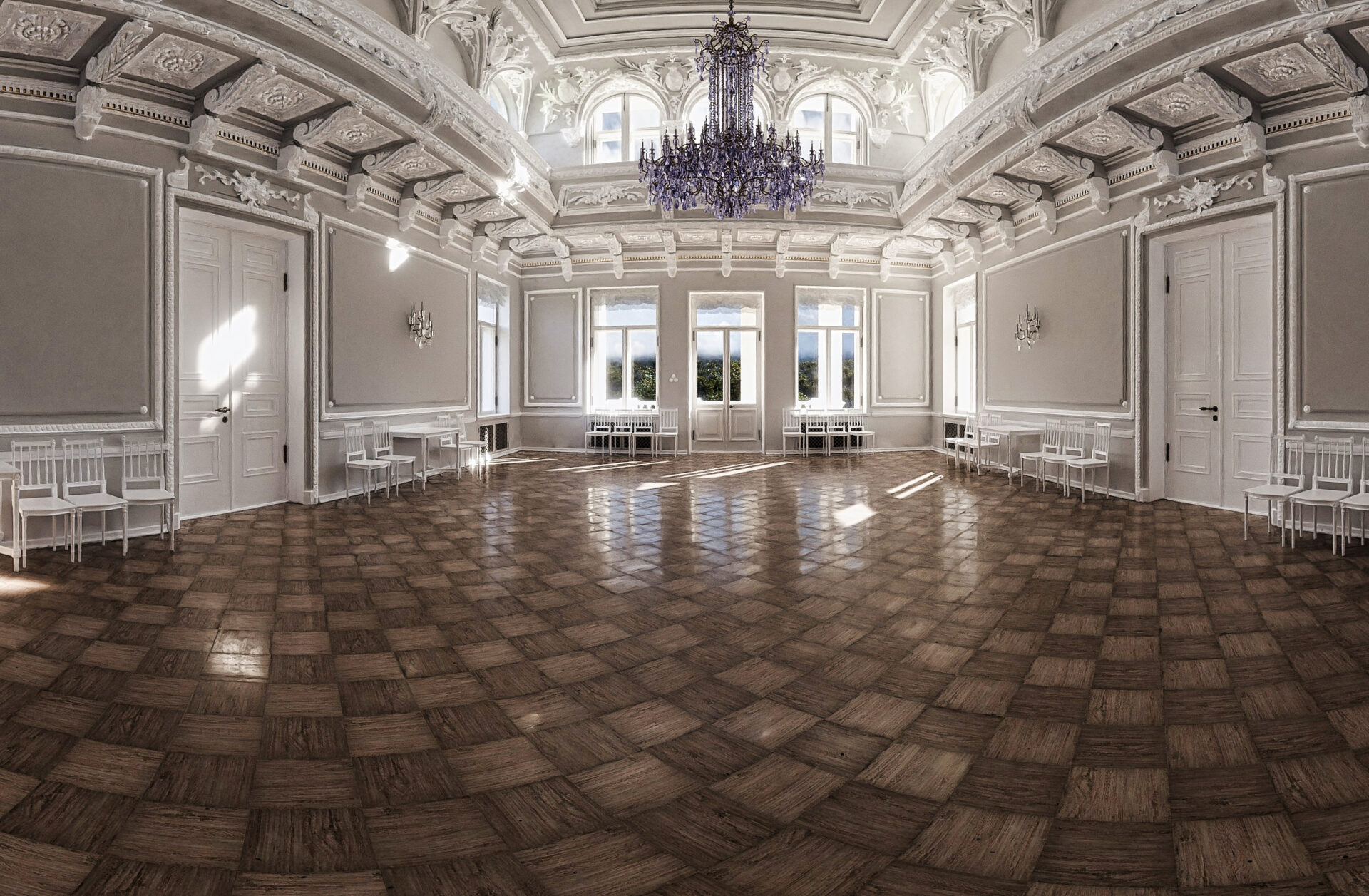 In the Footsteps of Lost Glory

The world is full of stories about magnificent castles that have been lost forever. You can read about world wonders and revolutionary events in books or look at pictures, but can you be present in history yourself?

We invite you to our new journey of time hole “VR Toila 1938” – “In the Footsteps of Lost Glory”. Based on the feedback received from the visitors of “VR Toila 1938”, it was highly desired to see other interiors of the Oru palace in addition to the dining hall. So we decided to do the main hall, which was the palace’s representative room during the time of both Yelisseev and Päts. In the course of almost a year of work, we have gathered the preserved knowledge about the large hall piece by piece.

The large hall was very detailed, the environment was characterized by an extremely rich decor, which was illustrated by Vladimir Makovsky’s ceiling mural. Makovsky, who has been called the master of capturing the moment, is not as well known to Estonians as to the Russian audience, but in his case a parallel is often drawn with Ilja Repin, a representative of critical realism that is more familiar to Estonians. From 1882 to 1894, Makovsky taught at the Moscow School of Painting, Sculpture and Architecture. During these years he made several sketches for the Cathedral of Christ the Savior, painting icons for Bork’s Church and Chapel. There were also Bible subjects on the ceiling of Toila Oru Palace.

As the historical experience we offer is colourful, we did a lot of work on it. We have gathered information about the big hall piece by piece. We have studied the use of colour by Makovsky, worked through peoples memories of the great hall from the late 1930s, and so on. All so that the result corresponds as accurately as possible. In any case, the result is worth watching and experiencing.

So, let’s bring this palace’s great hall back to life with its extremely rich decor! In front of you are the views of the great hall of the summer residence of the Head of State, which is illustrated by massive chandeliers with blue-purple crystals and the ceiling mural of the artist Vladimir Makovsky. It is a journey through time that makes you feel like everything is happening here and now.

With the COVID-19 safety label, trusted to us by Ida-Viru Tourism Cluster we confirm that we follow the requirements and instructions of the Government and the Health Board of Estonia (https://kriis.ee/en) established for our industry or field, that we keep up to date with the information, and that we help visitors comply with the infection-prevention guidelines on site.